Born in the United States, Jessica D Perez still found herself living in Germany and Canada for 17 years.

I am from many places...

At the age of 14, Jessica and a sister with her mom and step dad moved to Germany as a part of her parents work. It was here she attended the Frankfurt International School (FIS) in Oberursel, Germany. There she earned an International Baccalaureate (IB) Diploma with a focus in Art. It was during her time she learned the oil techniques and understanding of Art History and the impact art has on culture and expression.

With a bit of bouncing around Europe and cultural integration of the German lifestyle, she picked up the language and continues to speak both English and German today. After returning to the United States, she took on motherhood as well as restarted a career in the arts where she focuses today. the main focus of her art is landscapes and commissions.

Always practicing on the side and keeping a creative interest, motherhood still offered another element to life. After the third child was born, Jessica embarked on her debut as an artist in Ottawa in 2014. Since University and formal arts education were always out of reach financially, she has taken it upon herself to read, meet artists, experiment in the studio and practice daily to improve her understanding of producing art.

She has participated in Art Battle in Ottawa and Montreal, as well as appeared on multiple TV opportunities to promote the arts. She has since participated in various events, Vernissages, media projects and while producing multiple series of paintings. She has sold most of her work through word of mouth and social media. The family spent two years in Montreal prior to returning to the United States in 2019, where she and the family reside today.

​Jessica continues to explore a variety ways to remain expressive in her artwork, as well as occasional poetry or other creative avenues.​ 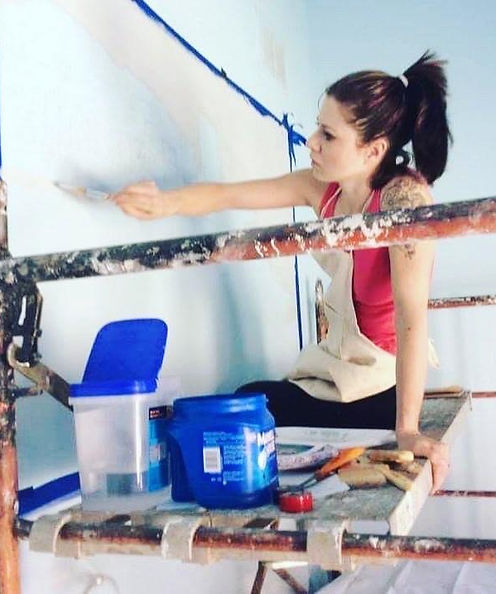